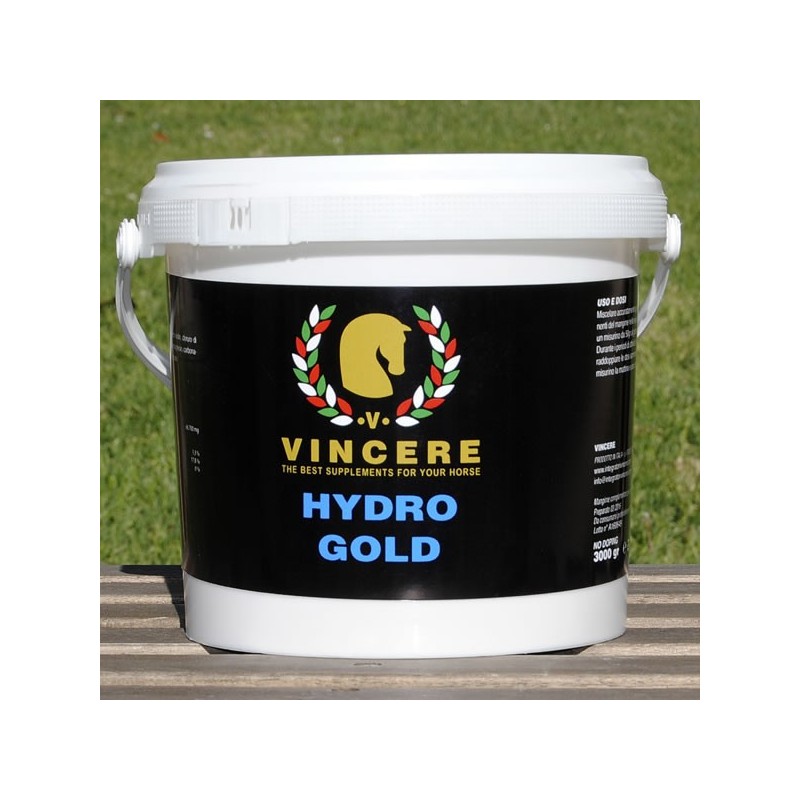 This product is no longer in stock

Hydro Gold has got a new formula in line with the most recent discoveries in the field. The composition of this product has been conceived on the base of the sweat composition, by doing so it is granted that the amount of substances mostly lost while performing will be reintegrated. Besides being in line with the quantity proportion of sodium, chlorine and potassium, Hydro Gold also provides a supplementary quantity of magnesium and calcium in order to grant additional protection during prolonged trainings.

Hydro Gold is a nutritional supplement which reintegrates the loss of electrolytes caused by sweating. It contains pure electrolytes in high concentration including sodium, potassium, chloride, magnesium and calcium.It contains also other ingredients including maltodextrin, which provide energy and promote the absorption of electrolytes

Horses and Ponies: 25 gr per animal per day mixed with feed or dissolved in drinking water.

Sport horses: 40 gr per animal per day mixed in the feed or dissolved in drinking water.

Administer 40 gr Hydro Gold within 30 minutes after heavy efforts for optimal recuperation and to have a fit horse the following day.

14 other products in the same category: